Dr. Munoz has served in education for more than 25 years beginning at as first grade teacher at Jane Long Elementary here in Abilene.  After spending seven years there, she began her administrative career as Assistant Principal at Woodson/Locust Early Childhood Centers.  In 2003, she was named Principal at Ortiz Elementary where she served for seven years.  Her path then took her to the secondary where she was Administrator of Instruction at Cooper High School for a year and then became Principal at Cooper High School for the following seven years.   Dr. Munoz then moved to the Administration building where she has served in various executive director roles.

Dr. Munoz received her bachelor’s degree from Tarleton State University, her master’s from Abilene Christian University and her doctorate from Texas Tech University in 2013 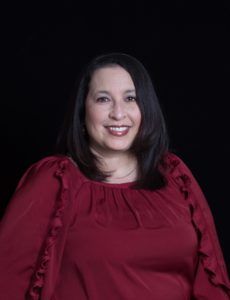