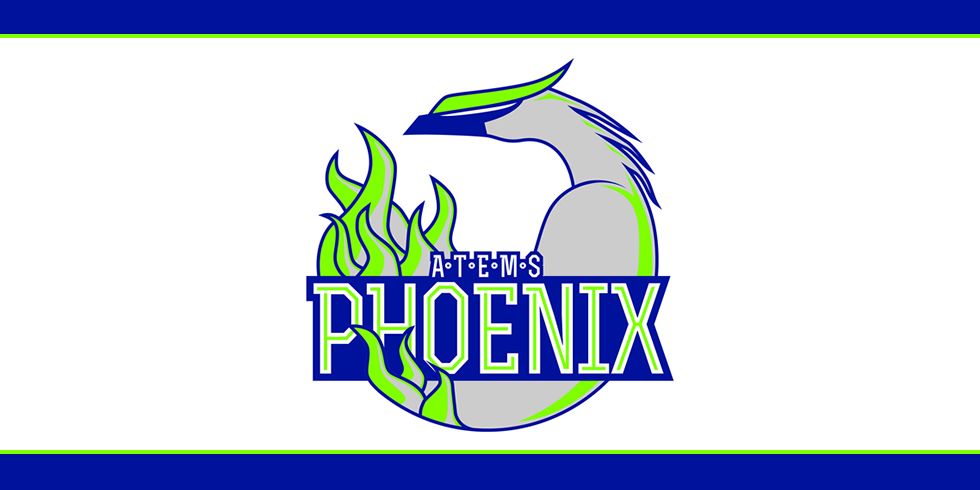 One of the least known but most successful programs in Abilene ISD is ATEMS Robotics coached by Larry Haney, Allison Stanley and Tracy Long.  Together, these three teachers volunteer countless hours mentoring their students in the mechanics, engineering, marketing, programming and strategy of putting together robots. Their tutelage has paid off with two state championship appearances this year, one in the fall and another this spring.

ATEMS participates in two different organizations for robotics competitions.  BEST (Boosting Engineering, Science, & Technology) Robotics begins in early September and finishes in early December, while VEX Robotics can start any time in the Fall semester and continues throughout the Spring semester.  The two competitions have some similarities but are different in a few key ways:

On Nov. 30-Dec. 1, the ATEMS Robotic Team competed in the BEST State UIL Championships in Frisco. Competing against 75 other schools from around the state, ATEMS finished 25th overall, and had a strong showing with their robot designed to “clean the oceans.” Students Carrmin Ray and Nathaniel Bryce even won 1st place in the “Robotics Website” category. You can see their fantastic work at aisd.org/phoenixinc. 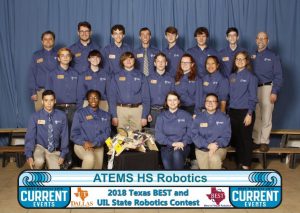 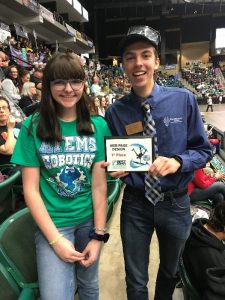 On Feb. 23, the ATEMS Robotics Team competed in the VEX Robotics North Texas State Championships in Greenville.  Competing against the top 45 robotics teams in North Texas, the team from ATEMS finished a respectable 16th.   And even though the team did not come out on top, they received the Think Award which is presented to a team that has developed and effectively used quality programs as part of their strategy to solve the robotics gaming challenge. Key criteria for the award includes:

We are very proud of these students and their accomplishments.   Next up . . . the Technical Student Association VEX competition! 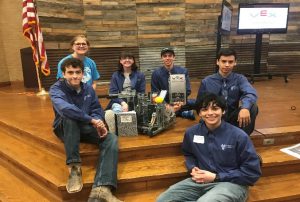