Dukes succeeds Connie Mangin, who is retiring in June after 46 years in education. 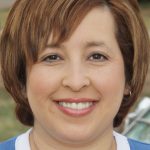 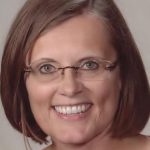 Principal at CHS for almost eight years, Dr. Munoz will remain at her current role until the conclusion of the school year. She will fill a position in the Administrative Services Department that was vacated in December with the retirement of Carla Garrett, Executive Director of Elementary Education. In making the announcement, Superintendent Dr. David Young said Dr. Munoz’s new duties will focus on supporting the district’s high schools as part of a reorganization of responsibilities in the department.

“Dr. Munoz has done a tremendous job at Cooper High School and has positively impacted the lives of thousands of students over the years,” Dr. Young said. “This opportunity will allow her to have an impact on an even greater number of students.”

Dr. Munoz first arrived at CHS in 2010 as Administrator of Instruction, and she became principal the next year. She previously worked as principal of Ortiz Elementary School as part of a career in AISD that started as a first grade teacher at Jane Long Elementary in 1992.

“”I have been so blessed the past eight years serving at Cooper High School,” she said. “The staff has become my family, and together we have built a culture that accepts all and works together to provide the best education possible for the students who enter our doors.    Cooper High School will always be a special to me as it has helped me learn and grow as an individual.  I will miss being a part of the campus on a daily basis but will not be far as I will continue to help them in a different role. I am forever grateful to have had the opportunity to serve the students and parents of Cooper High School.”

In 2016, Dr. Munoz was named one of the four finalists for Secondary Principal of the Year in Texas by the Texas Association of Secondary School Principals. A native of Munday, Dr. Munoz earned her doctorate from Texas Tech University, her master’s degree from Abilene Christian University and her bachelor’s from Tarleton State University. 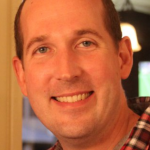 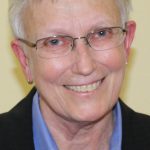 Dukes has been with AISD for 10 years, the last two as Director of Student Services. His previous administrative experience includes principal of Craig Middle School, assistant principal at Abilene High and principal of the Model Secondary School for the Deaf in Washington, DC.

Mangin has been a part of the AISD Special Education Department for 39 years as a teacher, campus administrator and central office supervisor. She has been the Executive Director of Special Education since 2012. Her long career also includes experience as an instructor at the University of Mississippi and a public school teacher in Oxford, Mississippi.

The AISD Board of Trustees approved the appointment of two administrators at its Regular Meeting on Monday, April 8. Lance Fleming was named Director of Communications, replacing the retiring Phil Ashby, and Jennifer Seekins will be the new Dean of Holland Medical High School. 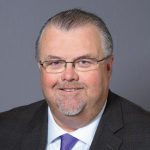 Fleming comes to AISD from his alma mater, Abilene Christian University, where he is the Associate Director of Athletics for Media Relations. The Abilene High School graduate has been in the athletics communications department at ACU since 1998 and previously worked as a newspaper journalist in Abilene and Lubbock. Fleming is a regular contributing author to Abilene Scene magazine, and in 2018 published his first book, Wildcat Football: Three Cheers for the Purple and White. 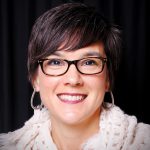 The appointment of Seekins, who owns two degrees from Hardin-Simmons University, will see her returning to the HSU campus, the location of Holland Medical High School. She currently serves as lead guidance counselor at Cooper High School and lead secondary counselor for the district. Seekins has worked for AISD since 2014 and has professional certifications as a school counselor, school principal and Licensed Professional Counselor. She recently was named the 2019 Region 14 Secondary Counselor of the Year.

Retired AISD administrator Gaile Thompson is serving as interim dean of Holland for the 2018-19 school year.

Ashby, who joined AISD in 1990 after a 10-year career as a newspaper editor and reporter, will retire in June after 81/2 years as Director of Communications. In his 29-year career in educaiton, he was the first director of Holland Medical High School, a counselor at Abilene High, a teacher at Lincoln Middle School and Cooper High, the coordinator for district guidance counselors, and a teacher and counselor in Caldwell ISD. 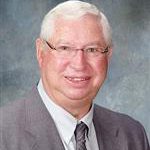 The naming of the new principals at Jackson and Dyess fills the final two openings for elementary principals. Earlier this semester, Executive Director of Instructional Support Jeff Brokovich was named the principal at Johnston Elementary to replace Roger Thomas, who retired at the end of the first semester. Brokovich served in an interim role until he was announced as the new Johnston principal on March 19. 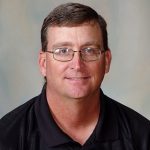 Josselet and Drake are taking over for two principals who are retiring at the end of the current school year – Deb Hollingsworth at Jackson and Michael Newton at Dyess. 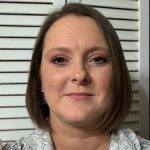 Josselet has been Craig’s instructional specialist since 2017 and previously taught at Thomas Elementary, Dyess Elementary and Clack Middle School. She began her career in 2000 in Anson.

Drake, who returned to his hometown to join AISD in 2017, previously worked as an administrator and teacher in Lubbock ISD. He has been an assistant principal and instructional specialist the past two years at Mann Middle School and is a former Teach for America corps member who worked two years in New York, NY, public schools. 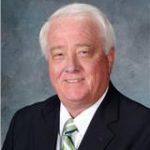 Newton’s retirement closes out a 43-year career with AISD. He was a teacher and administrator at Cooper High School for 28 years before becoming an assistant principal at Clack and Madison middle schools. He has been the leader at Dyess Elementary for 14 years.

Hollingsworth became principal of Jackson Elementary in 2016 and has been with AISD since 1994. Prior to becoming principal, she was Jackson’s instructional coordinator for four years and a teacher for 18 years at Bonham Elementary.