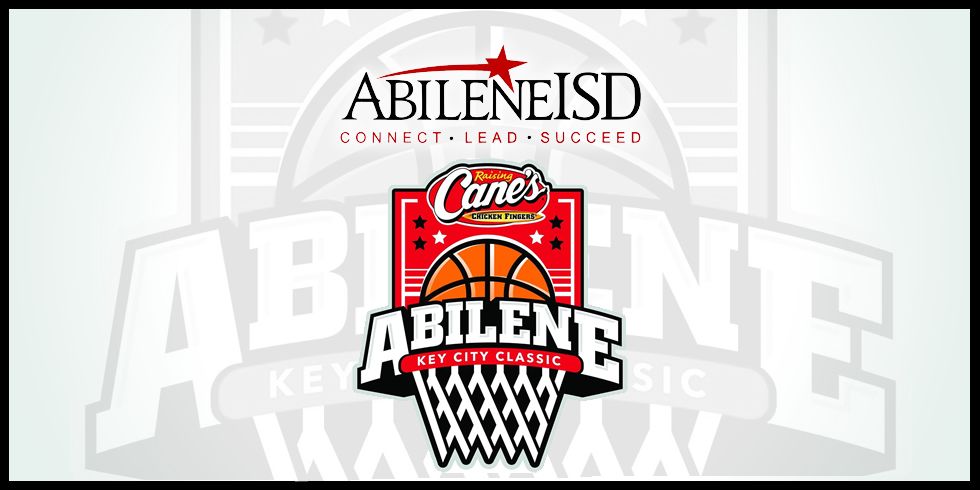 ABILENE – The Abilene ISD announced Wednesday that Raising Cane’s will be the new sponsor of the Key City Classic, which will be played the first weekend of December at both Abilene High and Cooper.

The Raising Cane’s Key City Classic will feature 16 teams and will be played Dec. 5-7 with the third-place and championship games set to be played Saturday, Dec. 7, at Abilene High’s Eagle Gym. Tickets will go on sale later this fall and will sell for $5 for a one-day adult pass and $3 for a one-day student pass. That ticket will get each fan into all games at both gyms on that single day.

The tournament will get started with eight games on Thursday, Dec. 5 (four at AHS and four at Cooper’s Cougar Gym), followed by 16 on Friday at both sites, using both the main gyms and auxiliary gyms at both campuses.

The Eagles finished 12-18 overall and 5-7 in District 3-6A last year in head coach Justin Reese’s first season at the helm. The Cougars, meanwhile, were 14-16 overall and 2-6 in District 4-5A last season, reaching the Class 5A state playoffs before falling to Amarillo Palo Duro in the bi-district round.