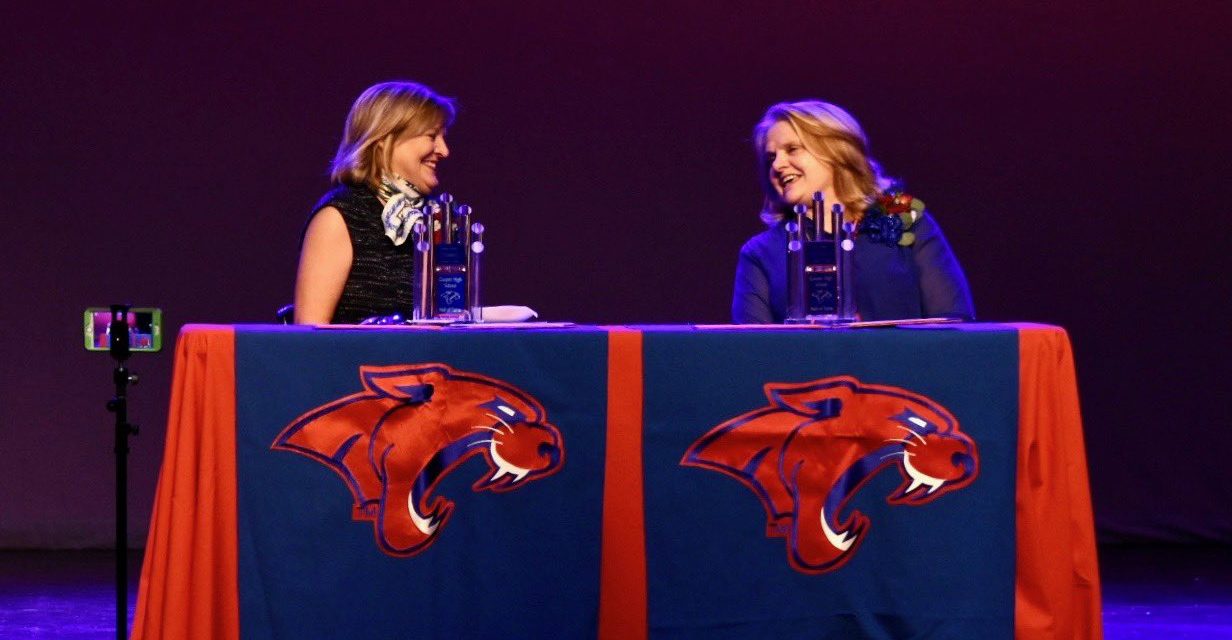 ABILENE –  Friday morning at Cooper High School, two more names were added to the school’s hall of fame as Dr. Cathy Ashby and Donna Wise took their place alongside a plethora of Cougar legends.

Ashby and Wise are the 85th and 86th inductees, respectively, in the hall, which was started in 1993.

Ashby is a former classroom teacher and student council sponsor at Cooper, and she has also served in other capacities in the Abilene ISD. She currently serves as the President / CEO of United Way Abilene.

Following her graduation from Hardin-Simmons University, Ashby taught in Clyde before joining the staff at Cooper where she immediately immersed herself in many activities, including Cougars’ Pride, Student Council, and Mock Trial. She then moved to Franklin Middle School where she served as assistant principal before moving on to assistant superintendent’s roles in Caldwell and Abilene.

She has her Doctorate of Education in Educational Leadership from Texas Tech University, and she has been named Outstanding Classroom Teacher, Outstanding Principal, Outstanding Community Leader, Women of Outstanding Achievement winner, and a Distinguished Alumni Citation from HSU.

Her husband, Phil, is a former teacher at Cooper and administrator in the AISD, and they have two children: Jay (Cooper associate principal) and his wife, Kate; and daughter, Carly Potter (husband, Jason and daughter Ashby).

Wise is a 35-year veteran teacher, cheer coach and student council sponsor whose induction Friday was a complete surprise to her.

Wise has been heavily invested in Cooper High School since she graduated from CHS in 1978. While at Cooper she was head cheerleader, a member of the choir, Student Council and was voted Miss CHS. After graduating from Texas Tech University, Wise began her teaching career at Crockett Elementary where she taught for two years before joining the staff at Cooper.

At Cooper she picked up right where left off, taking over Cheer coach, spirit organizer, department chair, senior class adviser and student council sponsor. She is a member of the Cooper Ring of Honor and a Talisman honoree.

She is married to David, and has two children: Andrew (wife, Ashlyn) and Will (wife, Taylor), and is the grandmother of two.