ABILENE – Abilene High School principal Michael Garcia announced to his staff Thursday afternoon that he is stepping down from his position at the end of the 2020-21 school year. Garcia – who has been the principal at Abilene High since May 2017 – will become the AISD’s Executive Director of Student Services at the conclusion of the school year. 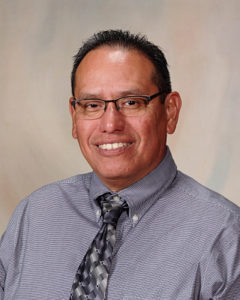 “It’s been my distinct honor to lead Abilene High School the last four years,” Garcia said. “I will miss my coworkers, the community and most notably the Eagles. I truly appreciate the support I’ve received over the years. I expect AHS to continue to excel as I step away from campus administration. I’m excited about the next part of my career and the opportunity to work with students and staff all over the AISD.”

Garcia entered district administration as an assistant principal at Abilene High in 2003 and he served there through the 2008-09 school year before he became the principal at Jane Long. In 2009, he was named the Outstanding Principal in Region 14 by the Texas Association of Secondary School Principals (TASSP).

A native of Anson, Garcia began his AISD career 31 years ago as a computer literacy teacher and coach at Franklin Middle School. He is a 1990 graduate of Abilene Christian University who later earned his masters of education degree from Tarleton State University in 1997.

“We appreciate Michael’s service to the Abilene ISD,” AISD Superintendent Dr. David Young said. “He did a great job in his four years as the principal at Abilene High, and we look forward to him serving every student in the district in our Student Service Department.”