Abilene ISD fine arts students were front and center on Nov. 29 at the annual City Sidewalks festival, which officially kicks off the Christmas season in Abilene.

Students from Alcorta, Austin, Dyess, Martinez, Ortiz, Purcell, Taylor, Thomas, and Ward elementary schools, as well as Clack and Mann middle schools, and Abilene and Cooper high schools participated in this year’s event, which began in 1988.

This year’s 34th rendition of City Sidewalks once again featured the marching bands and drill teams from both Abilene High and Cooper in the Christmas parade that made its way through downtown. 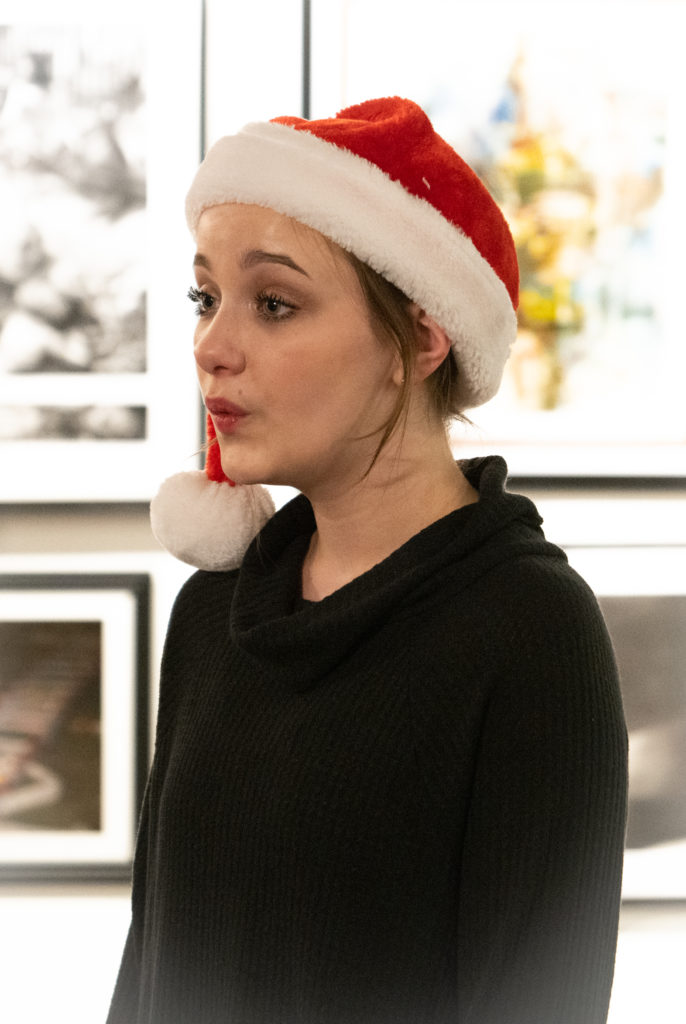 Each of the choirs sang in different venues across downtown, from the Abilene Public Library to the Center for Contemporary Arts to outside at Everman Park, Minter Park and Abilene Convention Center to the Grace Museum, Minter Park, National Center for Children’s Illustrated Literature (NCCIL), Prosperity State Bank, and, finally, the Wooten Ballroom.

The Martinez Honor Choir sang at the Abilene Public Library, performing “Winter Fantasy,” “Holly Jolly,” and “Hot Chocolate” from “The Polar Express,” songs they had been working on since early October.

“We do a lot of shows and programs throughout the year, but this one is important to me because a lot of these kids have never done anything like this before and I am excited for them to get the experience,” said Hannah Davis, Martinez Elementary music teacher. “These kids didn’t get the opportunity to do City Sidewalks last year, and I think this kind of exposure will be great for them, and hopefully make them want to continue with choir when they get to middle school.”

While Martinez was performing at the library, the Dyess Elementary 2nd Grade Honor Choir, under the direction of music teacher Alan Jones, was performing a medley of songs on the north steps of the Abilene Convention Center. The young Jets performed 10 songs, including “Feliz Navidad,” “Jingle Bells,” “Rudolph the Red-Nosed Reindeer,” “The 12 Days of Christmas,” and “We Wish You a Merry Christmas.”

“This performance is important in two ways: it gives the students a chance to give back to the community, and it gives them a chance to shine and get comfortable with being on stage,” Jones said. “This event fosters a spirit of community involvement in my students and lets the community get at least a small view of what goes on in the music classroom.”

Davis said much the same thing regarding participating in the City Sidewalks event.

“Participating in City Sidewalks is an amazing thing for these kids, and it makes me happy that they get to be recognized for all their hard work and feel connected with the Abilene community,” she said. “As I said, a lot of these kids have never done anything like this before due to the pandemic, or told me they were too nervous, and I am so proud of those who have put themselves out there this year.”