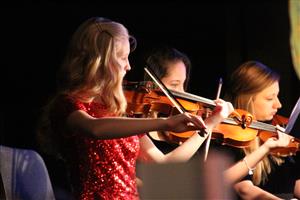 The Abilene Independent School District secondary music organizations maintain the highest standards of excellence in music education. Hundreds of students participate in the bands, choirs and orchestras of all four middle schools as well as both Abilene High School and Cooper High School. The orchestras of AISD are well-known for their high performance level and traditions of excellence. All AISD high school band, choir and orchestra programs boast years of University Interscholastic League (UIL) Division I ratings. In addition, many students from these programs have been selected over the years for the prestigious Texas Music Educators Association (TMEA) All-State organizations.

Orchestra students begin their training in the sixth grade. These classes meet daily, building on the fundamental musical skills learned in the elementary music program. Students also learn the technical skills to perform on their selected instruments.

Each middle school campus has an orchestra director who teaches three levels of orchestra:  beginner, intermediate and advanced. Students are placed into leveled string ensembles based on their overall skill on their particular instrument. The orchestras perform a minimum of three concerts each year. The varsity orchestra competes in the Region 16 UIL Concert/Sightreading contest each spring. Students may choose to compete in the AISD All-City Honor Orchestra competition and district-sponsored Solo/Ensemble events.

There are multiple performing groups at each campus that accommodate varying degrees of musical expertise from the beginner to junior varsity to college preparatory level. Revolution, comprised of the most proficient string players from both Abilene High School and Cooper High School, is known for their crowd-pleasing and high-energy performances. They are in high demand for performances for special events statewide, having performed for the Texas Association of Secondary School Principals Convention and the National Association of Secondary School Principals Convention. In addition, Revolution has performed for the Second General Session of the Texas Music Educators Association Convention. They have also been featured performing on the award-winning national radio program, From the Top.

The orchestra programs strive to teach more than music, training leaders and motivating students to achieve personal success in all aspects of life. 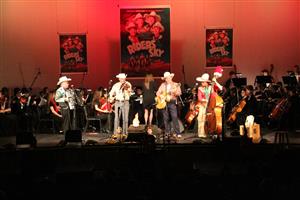 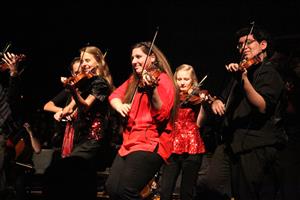