Mr. Brokovich began his formal education at the University of Kansas on a Naval ROTC scholarship and transferred his studies to McMurry College in Abilene where he graduated with a bachelor’s degree in Elementary Education with specializations in mathematics and reading in 1989. He earned a Master’s degree in Elementary Education from Tarleton State University in 1994 and a Mid-Management certification from Abilene Christian University in 1995.

Mr. Brokovich has resided in Abilene since August of 1986. He has been married to his wife Laura since 1989, and is the father of four children—all of whom are proud to connect, lead, and succeed with AISD. 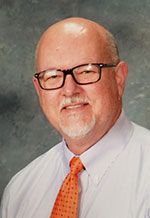