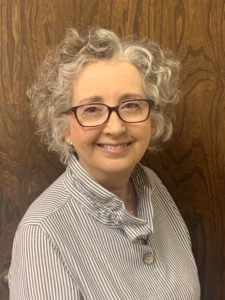 Reece has served the AISD for most of the last 30 years outside of a two-year stint from 2002-04 as the executive director of Kenley School. She served as the AISD’s Program Officer for Alternative Programs from 1989-2002, and returned to the AISD in 2004 as the Special Education Supervisor.

“Terri has been an integral part of the AISD for a number of years and her experience in special education makes her uniquely qualified for this role,” Young said. “I’m confident that she will be an excellent leader for our special education program.”

In her latest role for the district, Reece has, among other things, served as the 504 coordinator, implemented programs to ensure adherence to legal guidelines, reviewed student date for district reporting and analysis and trained and updated staff regarding compliance and responsibilities.

“Anyone who knows Teri knows that she is kind, thoughtful, caring, and extremely knowledgeable,” said Dr. Dan Dukes, associate superintendent for curriculum and instruction. “We are thrilled to have her in this new role and believe she’ll be a great leader for the department.”

As previously announced, Stevanie Jackson will serve as the Director of Special Education. Jackson most recently served three years as the principal at Bonham Elementary before moving downtown this summer. Prior to moving to Bonham as principal, Jackson spent her entire career in AISD at Cooper High School as a special education teacher, special education supervisor and ninth grade academic specialist.