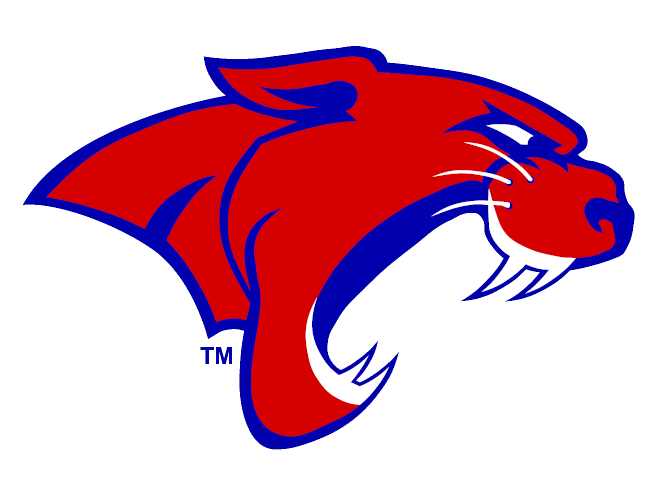 As always, the safety and security of AISD students, families, teachers and staff is our top priority. While we know that these are uncertain times, you can be assured that we remain committed to doing everything in our power to protect our school communities. We can’t wait to see our students again and look forward to a successful 2022-23 school year in the AISD!

​AISD is proud to welcome military families to our schools and the Abilene area! Our goal is to support you through the challenges of deployment, relocation, and learning life in a new city. Below, you’ll find valuable information and resources to assist you. Welcome to AISD!

Speak Up for Safety

Some examples of reasons to reach out for help for yourself or others are bullying, violence, personal health, suicide prevention, or a crisis at home. If this is an emergency or life-threatening to the student or others, please call 911. 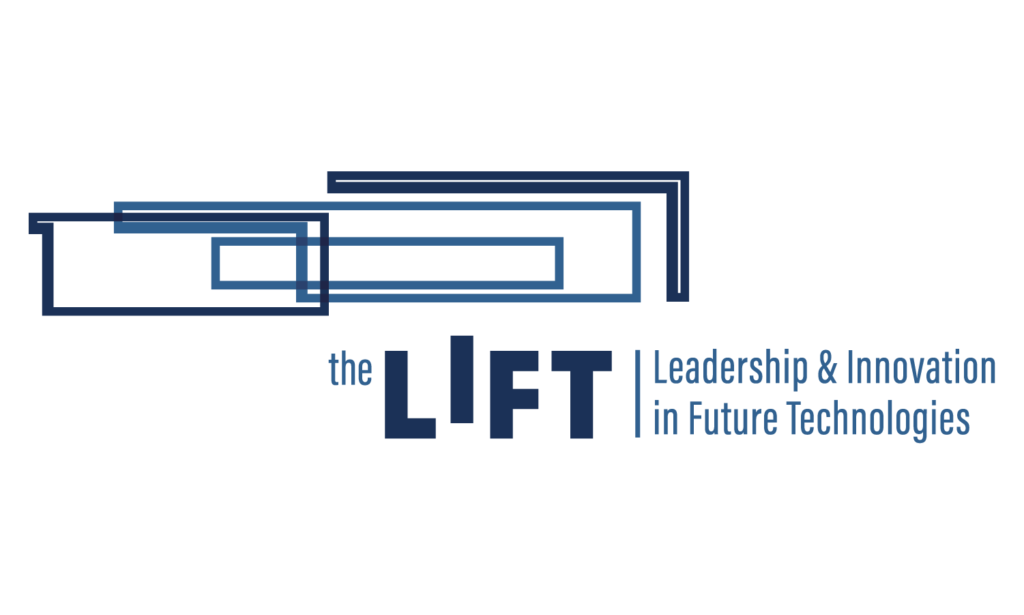 Take Your Next Step.

You have the chance to take charge of your education and choose to be part of something big in Abilene. Certifications offered in dozens of career pathways, you can take advantage of a new state-of-the-art facility and gain real-world experience in todays and tomorrows technologies. 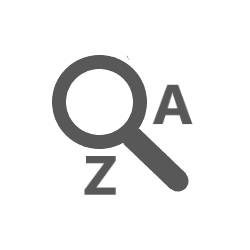 Use the AISD A-Z Directory. 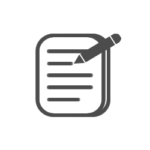 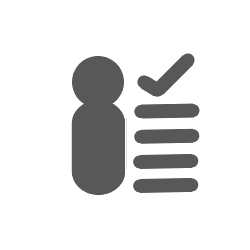 Register a New Student at AISD. 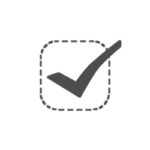 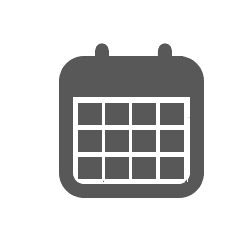 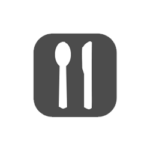 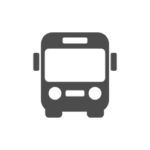 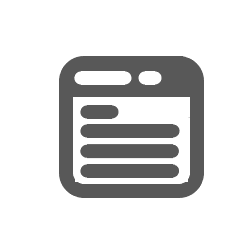 Telling the stories of AISD.

FAFSA or Opt-Out 2022-23 Graduation Requirement: The 86th Texas Legislature established the new requirement for Texas students to complete a financial aid application in order to graduate. However, your student may opt-out of the financial aid application graduation requirement if the parent and the student submit a signed form or if a student that is 18 years of age or older submits the signed form. The Opt-Out Form may be obtained in the counseling office and should be returned to the campus counselor no later than the last week of May.

Click the button above to view our Daily Annoucements

CHS THEATRE ADVANCES AGAIN! THEY ARE HEADED TO REGIONALS! 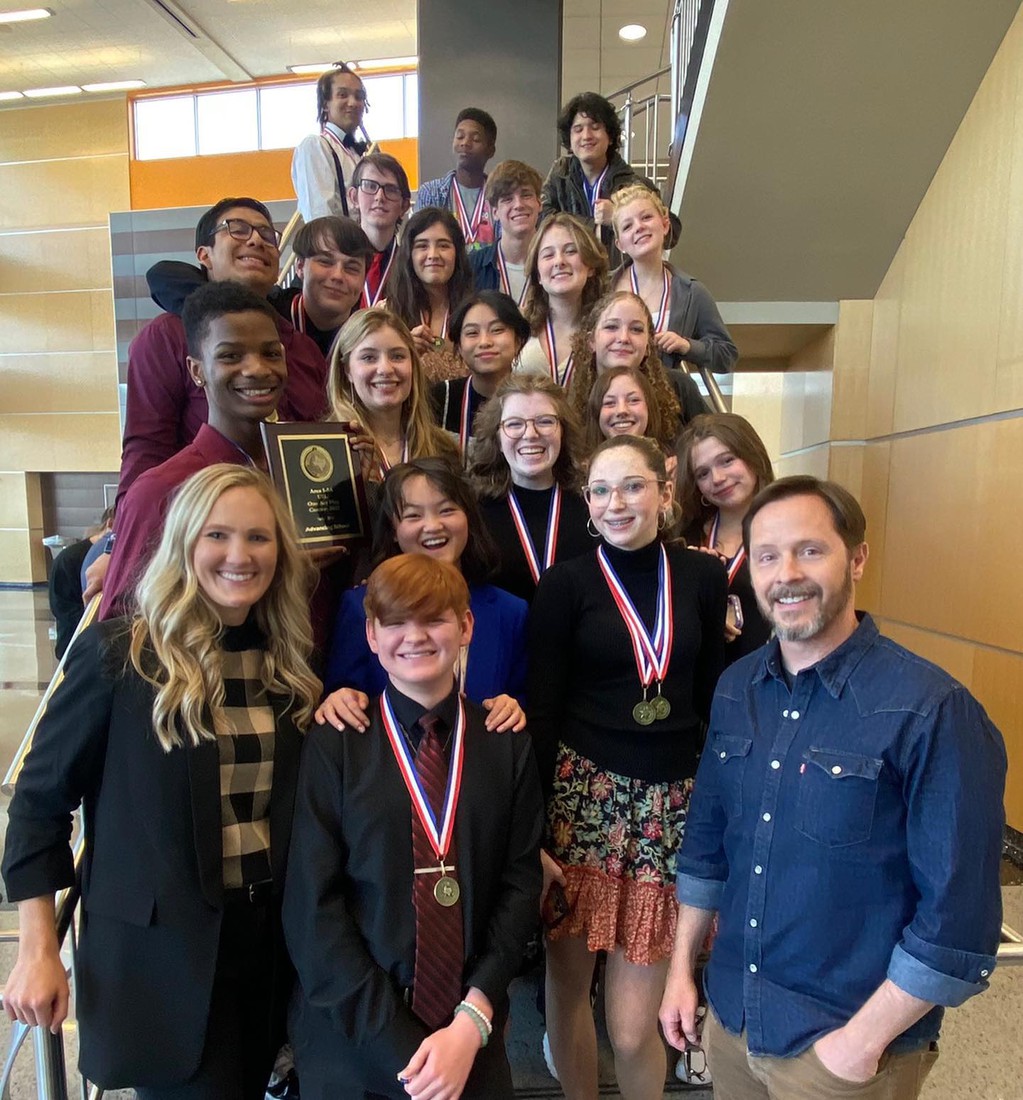 COOPER TENNIS PLAYER ADVANCES TO REGION 1-5A TOURNAMENT IN LUBBOCK!

Helena Bridge placed 2nd at the 4-5A District Tournament last week and is advancing to the Region 1-5A Tournament. 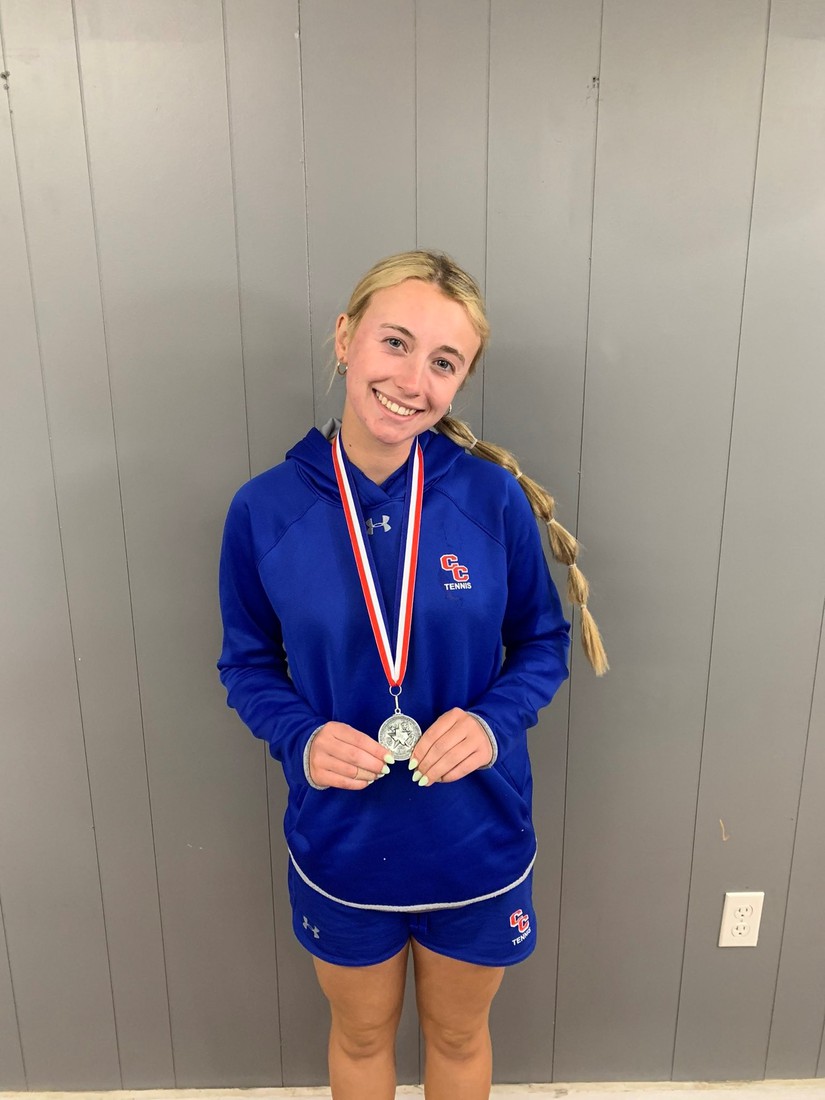 Hunter Tevebaugh won GOLD in Welding 1 at the State SkillsUSA competition in Corpus Christi this past weekend. He is currently taking welding at The LIFT with Mr. Hageman. 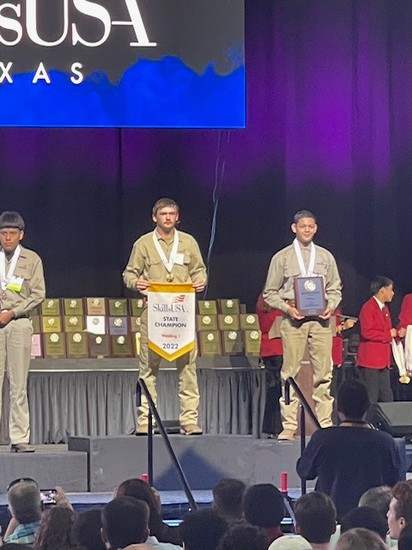 Have a daughter, granddaughter, niece, or family friend who might be interested in attending a camp THIS Thursday with the Cougarettes? See information below… 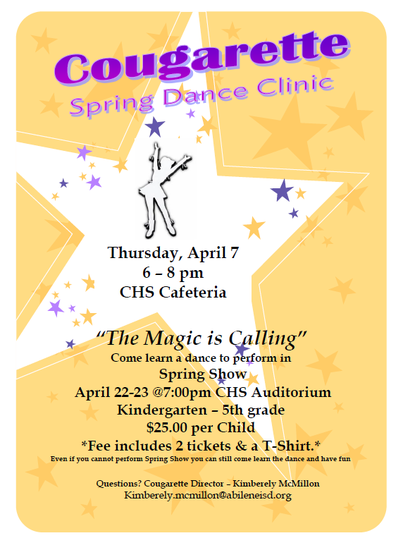 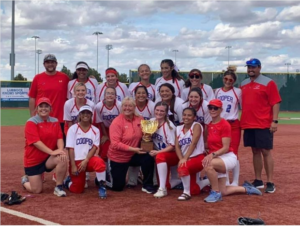 The Coogs beat El Paso Hanks in two games this past weekend. They won Game 1 (9-7) and Game 2 (14-8) for the sweep. Congrats to these players and coaches! Please continue to cheer them on and encourage them throughout this week as they will head to Stephenville on Thursday to take on Aledo in a Region Semifinals series. Go Coogs!

The mission of the TAEA Visual Arts Scholastic Event, as well as JR VASE, is to “recognize exemplary student achievement in the Visual Arts by providing art students a program with a standard of excellence in which to achieve.” Not only do students create original artworks, they also write about their work and creation process. Students are entered according to their Division, which refers to the art course in which they are currently enrolled. According to TAEA, jurors look for originality of concept, technical expertise, understanding of the Texas Essential Knowledge and Skills (TEKS), and the interpretation of the student’s stated intent.

At the State VASE event, held April 23-24, four students received a Rating IV-Exemplary and received State Medallions. Those students are Tyler Cluck, Denzel Hernandez, and Rosie Tamayo. One student, Sydney Gordon, received a Rating V-Distinguished (Gold Seal) recognition, the highest given at State VASE, and received a Gold Seal Medallion. Gordon’s artwork will tour four locations on exhibition around the state of Texas. All of these students are named All State Artist by TAEA and VASE. 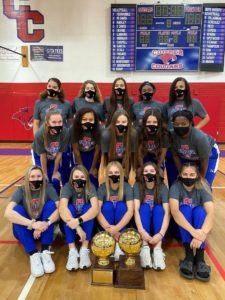 Congrats to the Cooper Volleyball Team!

Over the break our volleyball team did BIG things! On Friday, November 20th, they headed to Lubbock to take on Amarillo Tascosa and beat them 3-1 to become the Bi-District Champions. On Tuesday, November 24th, they traveled to Monahans and beat El Paso Horizon 3-1 to become the Area Champs. On Friday they lost in the Regional Quarterfinals to a good Canyon Randell team to end the season. Congrats to the players, Coach Campbell, Coach Elkins, Coach Herring, Coach Moorhead, and Coach Brown on an amazing season! We are SUPER proud of you!

I am proud to be the Principal at Cooper and I am excited to be on this journey with our students. Prior to this year, I was the Associate Principal at CHS. I began my career in Abilene ISD in 2005 teaching math at Mann Middle School. I later taught math and became a counselor at Abilene High before serving as the Principal at Holland Medical High School. I am confident I have found my “home” at Cooper and genuinely enjoy working with the students, teachers, and staff on a daily basis.

High school is such an exciting time for students, and it is my hope that your child takes advantage of all that Cooper has to offer. We always stress the importance of being involved and finding ways to connect to the Cooper community. This leads to greater success academically, socially, and emotionally.

The teachers and staff at Cooper are second to none, as they are truly outstanding and dedicated educators who seek to serve students well by ensuring safety and a high quality education. I look forward to working alongside the Cooper staff and each of you. We will work to support our students as they make important decisions and ensure they are prepared for the next step in achieving their goals.

Allow us to show you why we are the clear choice for your education experience.
OUTSTANDING. EXCITING. AISD.

The board has established policies and procedures to prohibit and promptly address inappropriate and offensive behaviors that are based on a person’s race, color, religion, sex, gender, national origin, disability, age, or any other basis prohibited by law.
Family Educational Rights and Privacy Act (FERPA) Notice of Release of Information