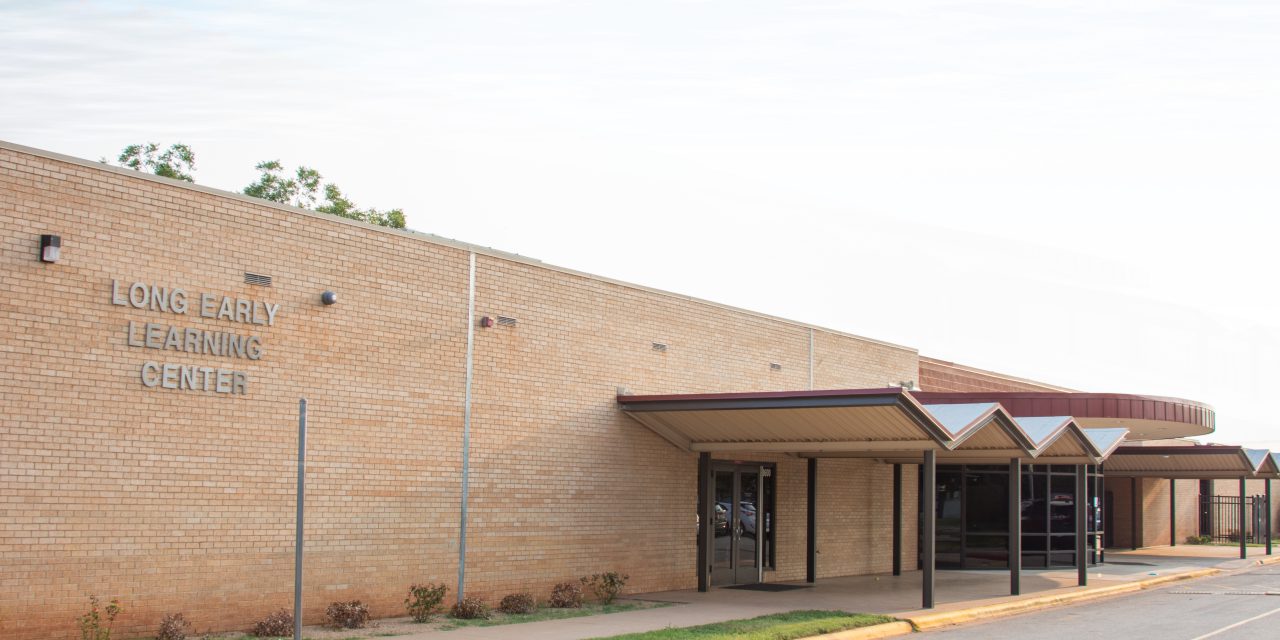 Well, she thought she did it right. She was thoughtful and protective as she chose the perfect place to raise her tiny babies. Ms. Ground Squirrel had searched far and wide for a safe, quiet place for her little ones before settling in the front lawn of Long Elementary. And, then, something happened. 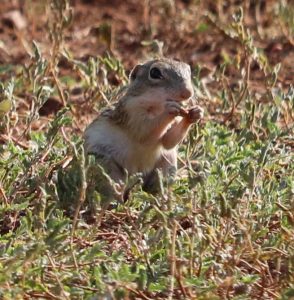 All summer the ground rumbled as heavy machinery moved across the parking lots and the grounds. Noises she had never heard before sounded through the air as buildings were reconstructed and built from scratch. She raised her eyebrows and shook her tiny head. Sometimes a mother makes mistakes!

About the time she decided this place was no longer appropriate for her babies, the air filled with different sounds—and lots and lots of people. Big people and little people.  Long lines appeared during something called “Meet the Teacher Day” at Long Early Learning Center. She saw grandmas and grandpas taking pictures of smiling children and daddies carrying their own into the buildings. She watched mamas walking out of school with laughing children…well, some were laughing and some were crying. Ms. Ground Squirrel realized that some were crying because they didn’t want to leave and some because they never, ever wanted to come back.

After a several days, though, families began to settle into the routine of school at Long ELC. Children arrived with combed hair, happy grins and pintsized minds excited to learn. The crying became less and less.

Two weeks into the year, Ms. Ground Squirrel found herself caught up in the excitement of new activity. The Red Coats arrived at Long for the official Ribbon Cutting event. Several days later, parents and children came to school for Open House. Happiness surrounded the campus. Bragging could be heard as teachers and students shared their experiences in the classrooms and on the playgrounds. It was a joyous evening. 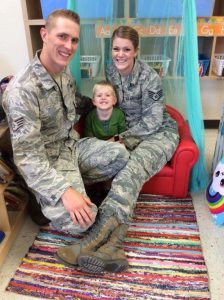 The following day the Long Cubs celebrated Patriot Day by inviting First Responders and military personnel to the campus. The Cubs recognized the men and women who daily risk their lives in order to keep the nation and the community safe. What a day! So many brave souls in one place!

She witnessed the enthusiasm of the Long staff as the school officially became their own.

For several weeks, she stood on her back legs every morning to watch nearly 825 three- and four-year-olds arrive with their parents or in large things called “yellow dogs.” Or, at least, that is what she heard the people call school buses. She stood taller at the end of each day, so she could observe nearly 400 three- and four-year-olds get on 14 buses that returned children safely to elementary campuses and to their parents. Adults also arrived at the end of each day to take their little ones home. She began to consider that good things just might be happening at Long ELC.

She pondered her decision to settle in the front lawn at Long. Was she in the right place to raise her babies or not? With one tiny paw folded on top of the other, she stood facing the campus. As her children tussled in the grass beside her, she came to her conclusion. She took a deep breath into her furry chest and smiled.

Yep, Long Early Learning Center was a great place…a place for families. A place that was safe for squeaking and scurrying baby ground squirrels to grow and learn along beside “purring and sweetly growling” Long Cub children. Long ELC was a place where home families and school families came together in positive moments and positive relationships…all of which had the potential to change future generations. Something definitely was happening, and she decided to stay and be a part of it.

(From the Long staff…we want to thank all who made the Long Early Learning Center possible. We believe it is the best kept secret and the greatest thing going on in Abilene, Texas…But we just think it quietly or whisper it among ourselves. If we said it out loud others might think we were bragging.)