Parent Nominates Ward Teacher for LifeChanger of the Year Award 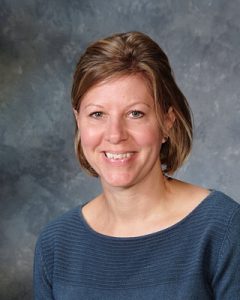 Ward Elementary School math teacher Laurie Velasquez has been nominated for the 2018-19 national LifeChanger of the Year award.

A Ward Elementary parent nominated Mrs. Velasquez after watching the teacher go “above and beyond” in support of a student who was diagnosed in August with a rare form of cancer. Among the actions taken by Ms. Velasquez was helping her classmates learn more about the illness and ways to support their friend, using the opportunity to highlight their support during Wishful Wednesday and Thankful Thursday activities and making pink awareness flyers for the entire Ward community.

According to parent’s nominating letter, “Mrs. Velasquez has had a huge impact on these students by helping and teaching them how to have compassion and love for one another, She has also taught them it’s OK to have feelings and to talk about them.”
Mrs. Velasquez coordinated a send-off party when the student left for surgery in Houston and arranged Facetime visits by the class during the hospital stay.

LifeChanger winners are announced via surprise award ceremonies held at their schools. The grand prize finalists will also be honored at a national awards ceremony in April 2019 in Hawaii, where the Grand Prize Winner will be revealed. They are chosen by a selection committee comprised of former winners and education professionals. Nominees must be K-12 teachers or school district employees. To be considered for an award, nominees must