Bassetti Elementary students have been getting their hands dirty and planting seeds in their very own garden!

Last year, a former Bassetti student approached Principal Keri Thornburg with the idea of building a garden for the school as part of his Eagle Scout project. It was enthusiastically received, and the young man and his team of fellow scouts built six garden containers (one for each grade), filled them with soil, created a paved path between the boxes, and provided the school with a birdbath, water hose and watering cans.

This fall Bassetti received a STAR teacher grant from the Abilene Education Foundation to help purchase seeds, additional soil, garden gloves, hoes, trowels, and an outdoor shed in which to store all the garden supplies.

Second grade teacher, Jennalee Hester, volunteered to paint a sign for the school garden that says, “ From little seeds grow big trees.” Our Bassetti students are our little seeds, and we love watching them grow!

Our Bassetti Bears have truly enjoyed digging in the garden, planting seeds, working outdoors, and observing their garden grow. Teachers and students alike are embracing that learning and teaching doesn’t necessarily have to occur in a classroom setting. All of the students at Bassetti (including our PALS students and even students in the DAEP program) are benefiting from this rewarding experience. 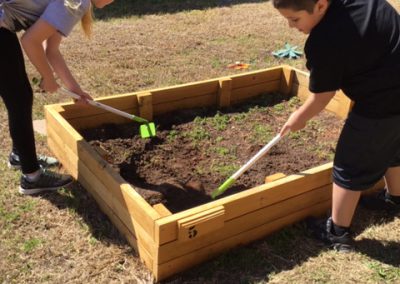 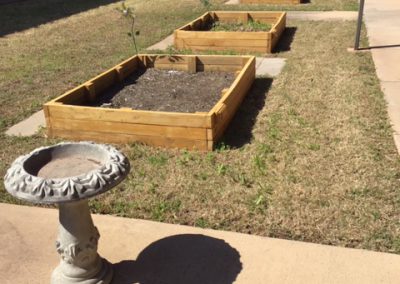 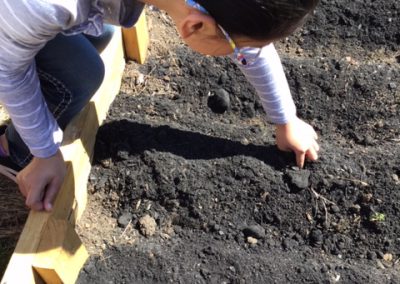 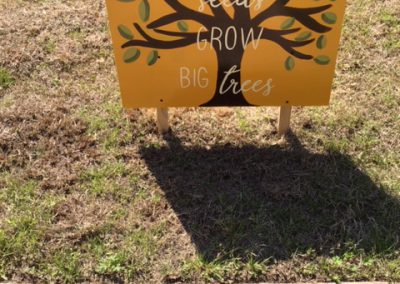