My name is Jamie Smith and I am excited to join the Bassetti team as your Assistant Principal. I had wonderful opportunities growing up in a military family that landed us at Dyess AFB in 1991 where I attended Wylie Middle School. I graduated from Wylie H.S. in 1997 and attended McMurry University where I earned my Bachelor’s Degree in 2001. I taught Middle School in Midland, Texas for 9 years while earning my Master’s degree from UTPB in 2012. My family moved back to Abilene, and I commuted to Sweetwater Middle School for 3 years.

I began teaching Math at Craig Middle School in 2016 until I became the Behavior Interventionist. I have 2 amazing teenage boys who keep this momma on her toes.

Working with students is my passion as a teacher and now as an administrator. I look forward to an exciting school year. Thank you for sharing your students with me. 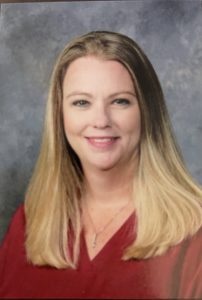